Premier Office Machines is solely owned by Eddie Burns who has operated his company since 1982. His technical expertise was honed in the early 70's while working repairing typewriters and calculators as well as the early generation of analog copiers and printers. His involvement with Kyocera included training that has produced awards for his technical expertise, especially in the transition from analog to the digital era. 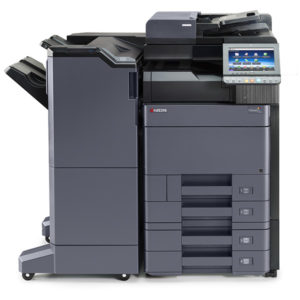